A student is an empty vessel and a teacher is the source that fills this empty vessel with in-depth knowledge and wisdom. To be a great yogi, it is necessary to learn from the best yoga gurus and to gather information from the most authentic sources. Excellent teachers who can guide them and provide them with apt. knowledge are the ideal conduits that can lead a student towards becoming the best yoga practitioner and teacher. At Bhakti Yogshala, we believe in the same ideology and do not undermine the role of a good yoga teacher in achievement of desired outcome from a yoga teacher training program. Our entire team of yoga teachers and gurus are not just internationally recognized but also hold years of experience as yoga and spirituality educators. 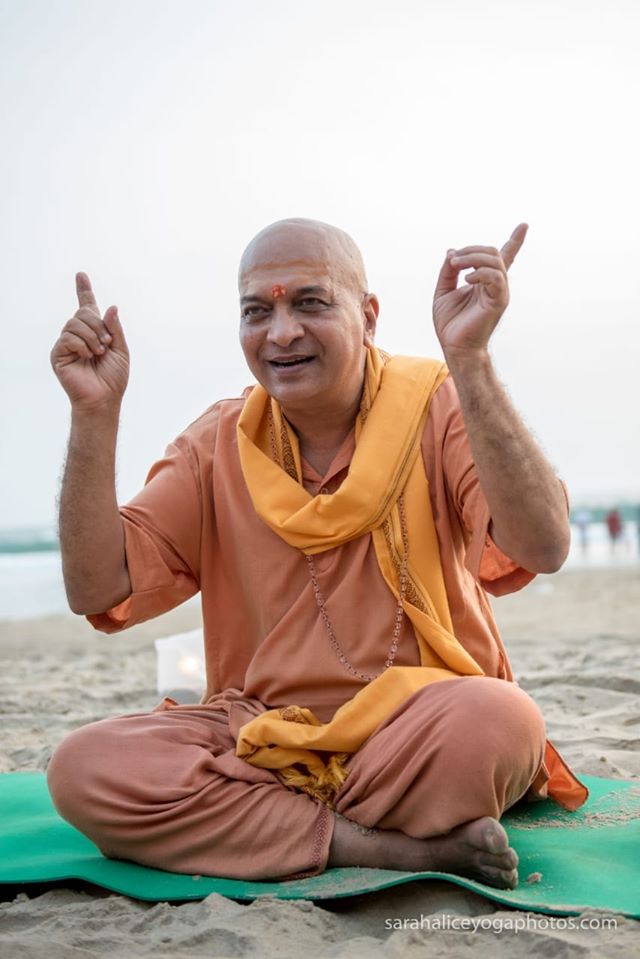 Swami Taponidhi Saraswati was initiated into Poorna Sannyasa by his Guru Swami Niranjanananda Saraswati, the Spiritual Head and Paramacharya of Bihar School of Yoga, in January 2004. A marine engineer by profession from 1979 to 1995,it was during the expansion of his own company that he completed a certificate Course in Yogic studies in 1999 and at the turn of the century he completed the Yoga Teachers Training Course from Ghantali Mitra Mandal, Mumbai in May 2000. Immediately on completion he started teaching Yoga for Peace, Plenty and Prosperity in Mumbai. He simultaneously joined “Diploma Course in Yoga Philosophy” at Mumbai University and stood first among the participants in May 2001. The journey of Yoga had begun. Swami Taponidhi, being fully involved in Yoga as a way of life resigned from the directorship of the packaging company floated by him and went ahead to pursue higher studies by joining the Masters Course in Applied Yogic Science at Bihar Yoga Bharati, the deemed to be university started by Swami Niranjan. 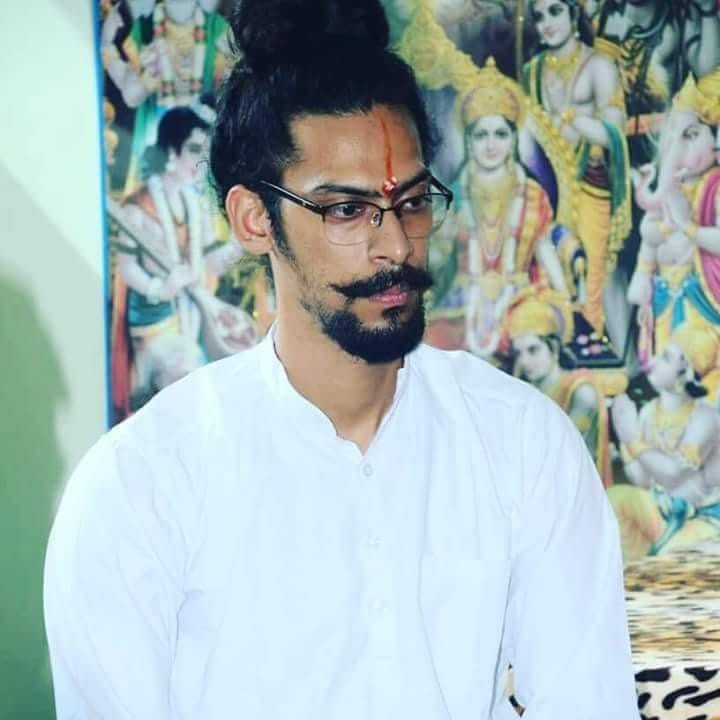 Pankaj Sadana was born and raised in Rishikesh, near The Himalayas and Mother Ganga. Since his childhood, he has been very athletic, active and interested in taking in new knowledge. First, he established a stable asana practice and that has led him towards a deeper path. He did his master’s degree in yogic science, learned in Shivananda Ashram in Rishikesh and also practiced in Mysore, the capital of Ashtanga yoga. He has been practicing for more than 7 years and sharing his knowledge with his students in teacher trainings, retreats, private and drop-in classes for 5 years. His specialty area is adjustment and alignment both is Ashtanga and Hatha yoga. He is devoted to safe and injury-free classes that help people to go deeper into their practice and discover their full potential. 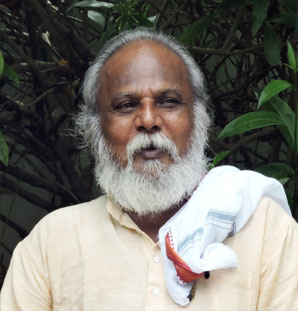 Trained in the principles of the well-recognized Swami Sivananda-Swami Vignanananda tradition of Tamil Nadu, the land of the Sidhhas, Annamalai Prana Ji is one of the most regarded masters of the yogic art. In Rishikesh, Prana Ji is recognized widely as the most experienced yoga master. Pranayama and yoga philosophy are his specialized fields of teaching. His classes are a syncretism of Indian and Western thought and could be highly interesting for a sincere learner. Meditation, Kundalini Yoga and Ayurveda are among the other aspects of yoga learning that Prana Ji’s vast field of knowledge covers. 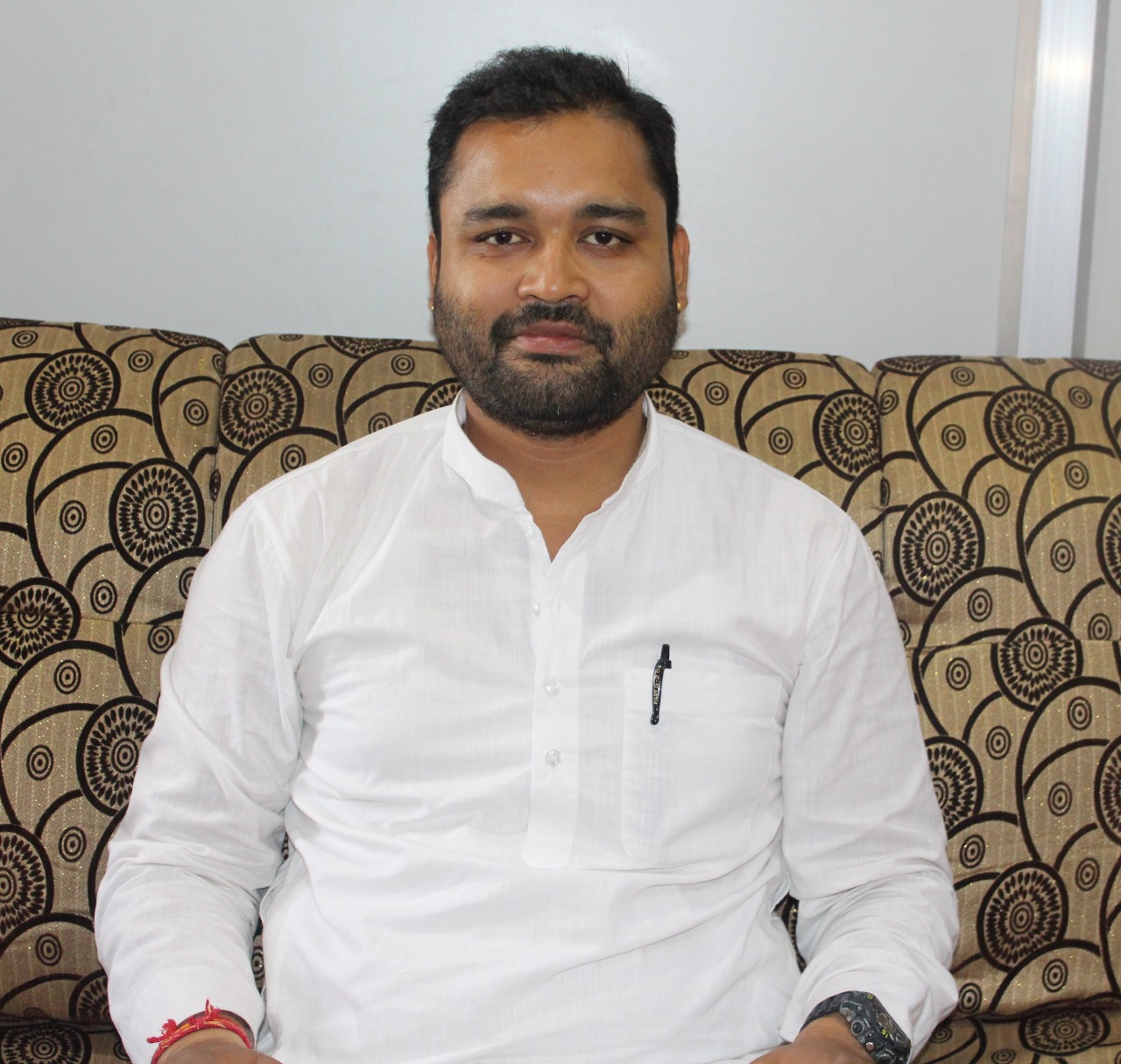 We can see science and relate it to yoga. Science is a part of yoga and yoga is a part of nature. We cannot say that yoga and science are separate.”- REMOVE THISA Master’s degree in Yogic Science and an experience of working with the Indian army as a yoga trainer, Kushal has explored the complicated aspects of yoga through the scientific perspective. With a belief that Yoga and science are deeply connected and complement each other, his motive is to discover the spiritual aspects of this science and enhance the anatomical/physiological awareness of each of his apprentices. Spreading the yogic wisdom, Kushal has helped thousands of souls in relieving stress and enhancing their physical strength. He doesn't leave any chance when it comes to yoga and loves to volunteer at several yoga camps in Uttarakhand. 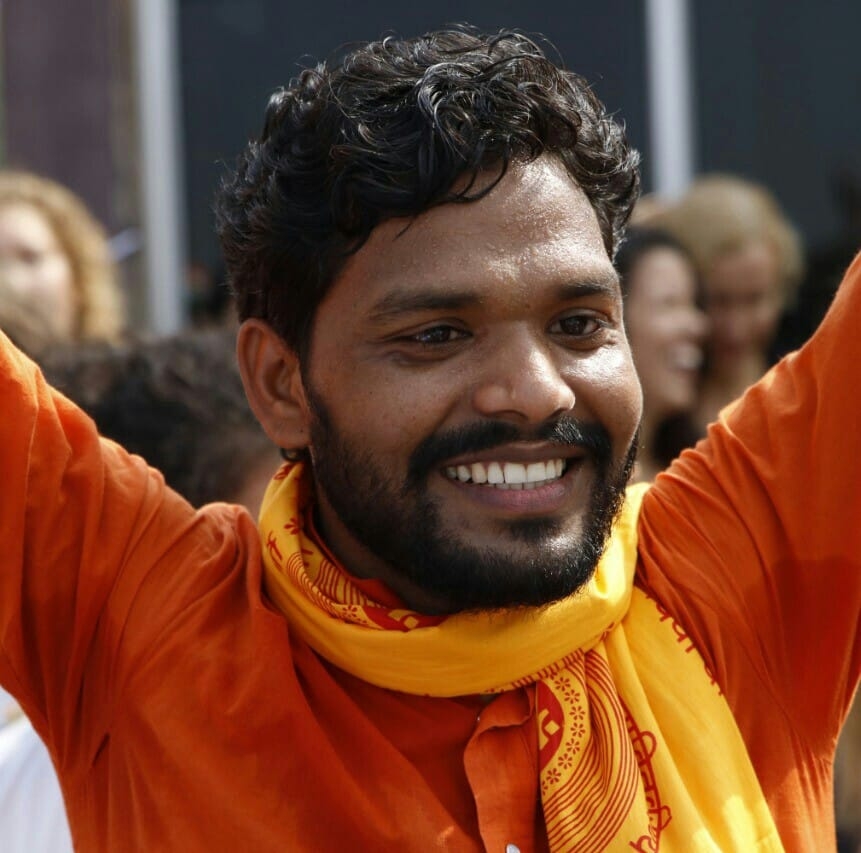 Born in Etah (U.P.), a town close to Shankasya (now Shakisha), a popular Buddhist place, Yogi Mahendra Ji heard his calling for Yoga during his schooling in Gautam Buddha Inter College. Breaking away from the initial plans of completing graduation and further running the family business, Mahendra Ji left home and traveled to Haridwar to respond to his calling. He remained under the shadow of Gayatri Pariwar at Shanti Kunj for four years during which he completed Post Graduate Diploma in Yoga Science from Deva Sanskrati University. Soon after, he did his Masters in Yoga Science from Uttarakhand Sanskrit University in 2016. His inclination to specialize in Ayurveda brought him to complete 6 months’ certificate course in Ayurveda. After completing education, he acquired the badge of recognition and genuineness by qualifying the QCI (Quality Council of India) from the Department of AYUSH in June 2017. Ever since July 2016, Mahendra Ji has been actively associated with Rishikul Yogshala in Rishikesh. His specialized subjects include Pranayama, traditional Hatha yoga, Mudra, and Ayurveda. In his own words, “One drop of experience/ feeling is better than a hundred words of theory." 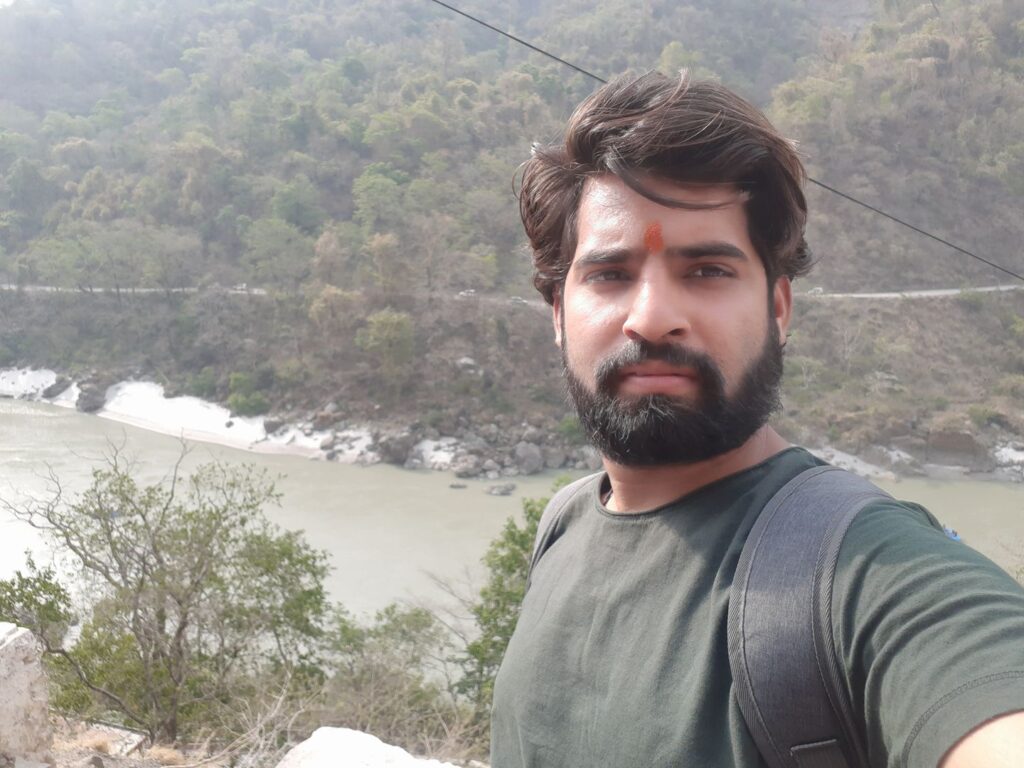 Dr Nitin is an E-RYT 500 (a Yoga Alliance certified ‘Experienced Registered Yoga Teacher’) specializing in Hatha Yoga. He has been practicing yoga for the last 10 years and has been a part of the Fusion Yoga India family for 4 years. He found a passion for yoga at an early age and spent years studying the wellness benefits of yoga. He is very particular about giving necessary attention to each student and takes pains to impart a clear understanding of the different asanas and their benefits. 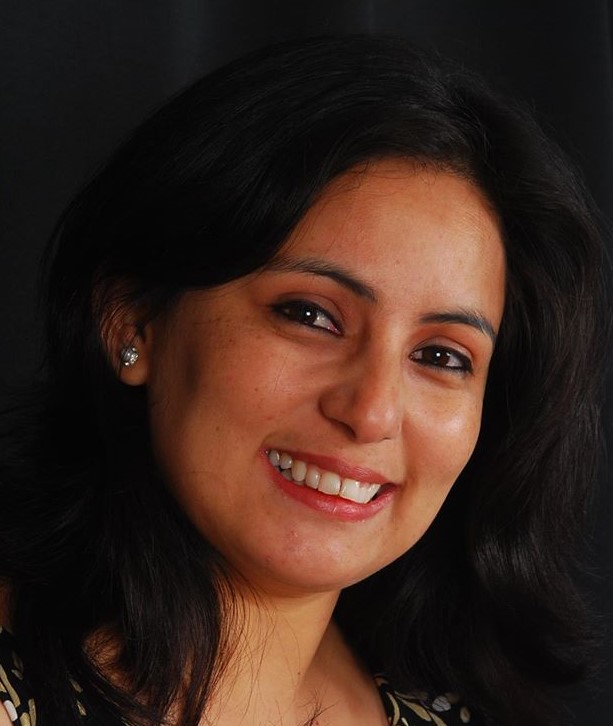 As a teacher, Deepa Ji focuses largely on Meditation, Yoga Nidra, Mantra Chanting and Laughing Yoga. She has fondly been teaching 200 hours and 300 hours Yoga teacher training course at various prestigious yoga schools for many years. For many, spirituality may have a definition differentiating from one another, but for Deepa Ji ‘spirituality’ is all about peace of mind, being consistent within striking a perfect balance with yourself. After having gained tremendous support and respect of all those who value her deep inside, she thinks that spirituality is something that can be found in nature. Other than imparting various aspects of yoga, Deepa Ji is fond of capturing shots and take a pleasant walk in nature. Traveling is something that has always fascinated her and she does not think twice when it comes to giving a touch of discovery. 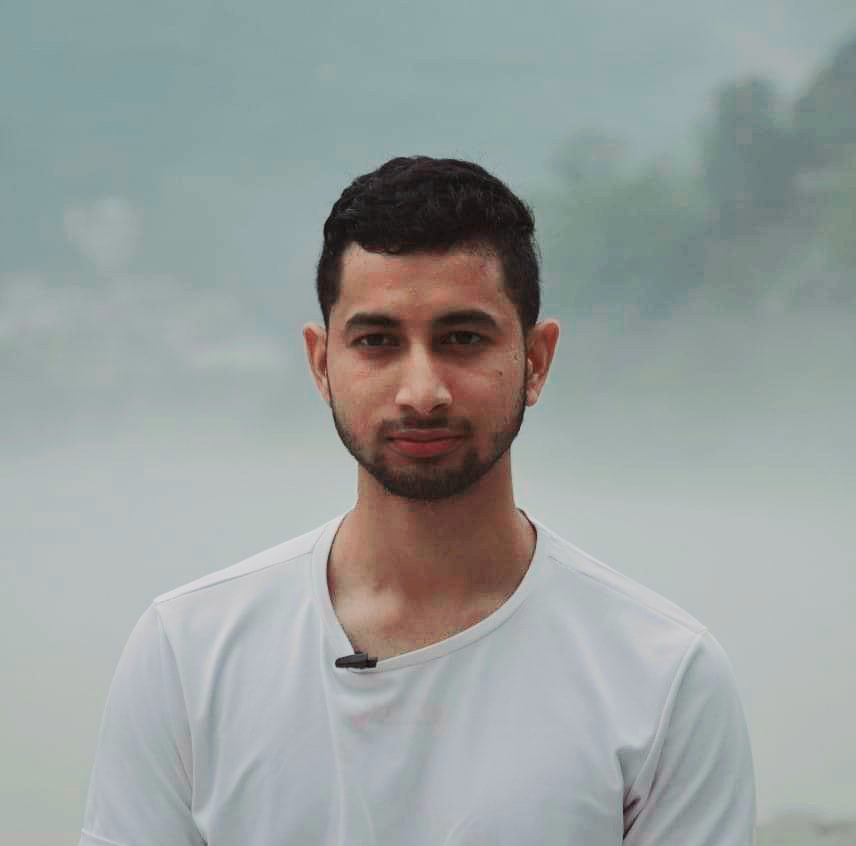 Abhiskek started his yoga journey in 2014, when he for the first time came to Rishikesh (World Capital of Yoga). He started studying and practicing yoga under some of the most influential and well-known yoga teachers. After some time observing his dedication and dexterity the renowned teachers allowed him to assist them with their classes. For last few years Abhishek is now mostly involved in the “Yoga Teacher Trainings Programmes” with “Rishikul yogshala” and “Rishikesh yoga association” and the other yoga schools in Rishikesh.